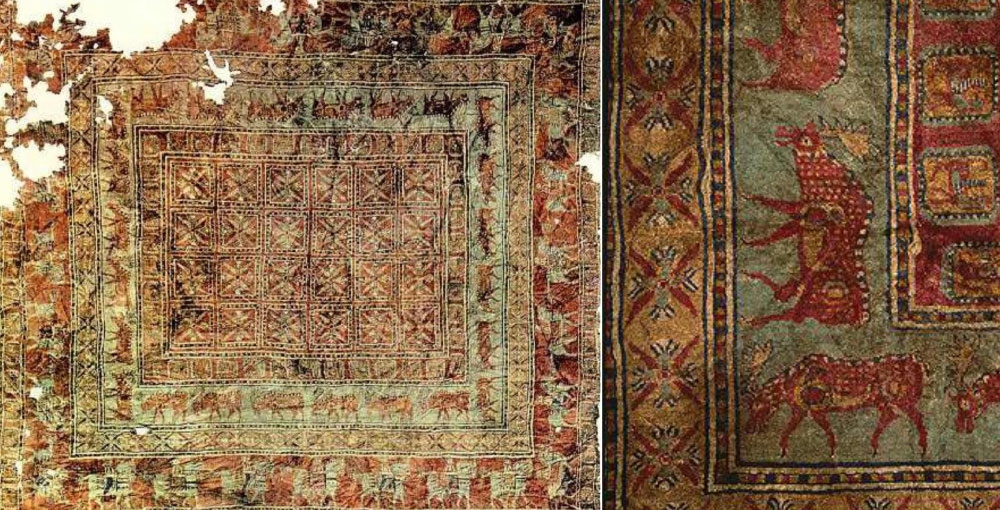 The origin of carpets

It all began more than a thousand years ago. There are a number of theories available in the literature for the origin of genuine carpets.
According to a hypothesis, it was in central Asia, the Turkmenistan area where the hand-knotted carpet was first originated by the shepherd nomads. They imitated the animal skins to form carpets. Soon after this, it spread to West as well as the East by the Seldshuks, the Turkish people.
Since there are different theories, one doesn’t know which one to believe. Some theories also claim that there is no use of skin in it. Instead, it was the technical refinement of Sumac fabric which further led to the development of genuine carpets. It has also been proven that Sumac fabric is the prototype for a genuine carpet. In the Armenian culture area, this refinement of Sumac was developed in the relatively advanced Eastern cultures.
Pazyrik, the oldest known hand-knotted carpet was designed in 5th-4th century BC. It is considered to be one of the initial Armenian certifications. One can trust its origin to be in the South-West Caucasus.

Summarised history of the spreading of the carpet

Carpets have gone through multiple changes over the course of time. There have been three large waves during which the emigration happened in the first millennium. This basically resulted in different countries across the globe gaining access to carpets and making their own changes to it.
The Persian carpet that is famous throughout the globe was initially hand-knotted carpet during the high Middle Ages. These carpets have great ancient importance and have a historical background from Venice. Such carpets are called oriental carpets, and these have played a crucial role in Europe since the 15th century.
Oriental carpets are now famous all over the world for their aesthetic design and historic look. However, only high-grade and genuine materials can lead to the ideal oriental carpet.

How the (name of your brand) works.
1. Make an online booking for a date and time you prefer
2. A fully equipped, local carpet cleaner will show up at your doorstep
3. He will carefully inspect and deep clean your carpet or rug on site
4. Enjoy refreshed carpeting and a much healthier home